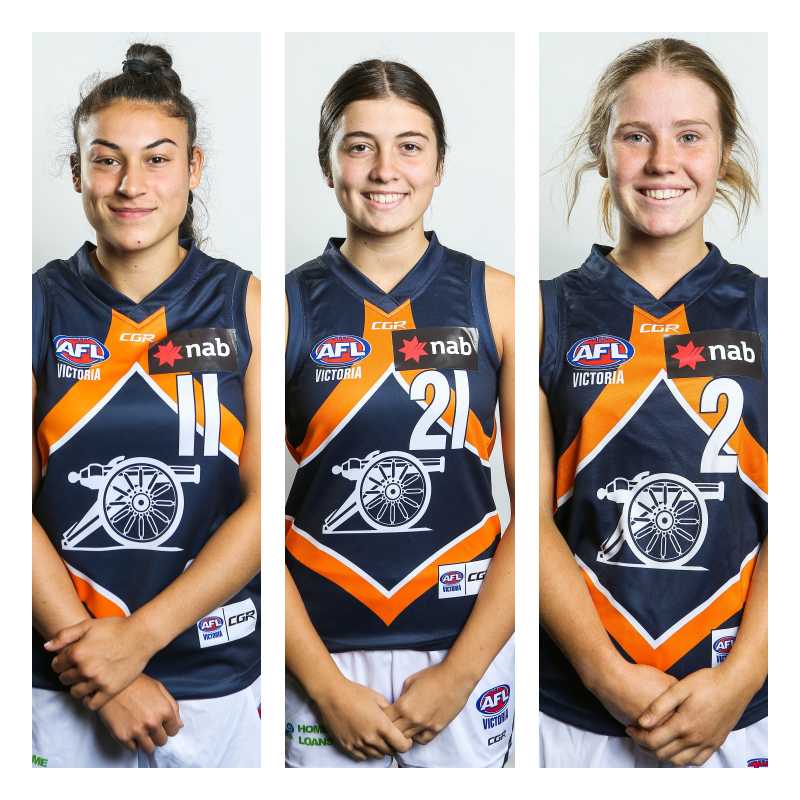 Three Calder Cannons Under 18 girls players have been selected in the Vic Metro squad for the upcoming 2019 NAB AFL Women’s Under 18 Championships.

Alana Barba, Georgia Patrikios and Felicity Theodore are three of 59 NAB League girls in line to potentially represent their state.

This year’s Under 18 Championships begin for Country and Metro on Saturday, June 22 at Avalon Airport Oval (starting at 2pm).

They will then travel to the Gold Coast for three more games from July 8-12 against Queensland, Western Australia and the Eastern Allies (NSW/Tasmania).

It’s the third time Cannons captain Georgia Patrikios has been selected in the squad, while Barba and Theodore will represent Metro for the first time.

“It’s a fantastic opportunity for all three girls to showcase their skills on a bigger stage and the club wishes them all the best.”

“The NAB AFL Women’s Under 18 Championships have the potential to put our up-and-coming female players firmly on the radar of AFL Women’s clubs,” Hamilton told nableague.com.au.

“Our Vic Country and Vic Metro girls will have access to some of the best coaching resources in women’s football in order to develop their games and will be able to experience playing at elite-level venues against the best talent the rest of Australia has to offer.

“Travelling to the Gold Coast in July will also provide them an extra opportunity to bond with girls who share a common goal of furthering their careers within the elite talent pathway.”